Tearing the fabric of our thinking

Today we remember the awful, incomprehensible violence of Sept. 11, 2001. While the focus is upon those who died, what about those of us who survived? Do you practice peace? You probably do. Most of us grossly underestimate the effect our small and daily actions have on other people. There’s a good chance that no matter what we’re doing, it’s related to a culture of peace. We are either leading, following, or getting in the way. We are all on the Peace Team whether we know it or not, and to perform as excellent team members we need to be connected to our passion, clear in our vision, and strategic in our action plan for winning the only gold medal worth winning: a world that works for everyone.

What good is it to me that the United Nations gave birth to an International Day of Peace 41 years ago, and I do not also give birth to Peace in my time and in my culture? We are all meant to be mothers of Peace. Peace is always needing to be born. (phrasing borrowed from Meister Eckhart)

We must see the war that is within ourselves. The story is told of the Dalai Lama, who was asked, “Why didn’t you fight back against the Chinese?”

The Dalai Lama looked down, swung his feet just a bit, then looked back up and said with a gentle smile, “Well, war is obsolete, you know.”

Then, after a few moments, his face grave, he said, “Of course the mind can rationalize fighting back…but the heart, the heart would never understand. Then you would be divided in yourself, the heart and the mind, and the war would be inside you.”

The value of nonviolence has been grossly underestimated because of its lack of drama, blaming, and vicitimization.

“In 1989, thirteen nations comprising 1,695,000 people experienced nonviolent revolutions that succeeded beyond anyone’s wildest expectations . . . If we add all the countries touched by major nonviolent actions in our century (the Philippines, South Africa . . . the independence movement in India . . .) the figure reaches 3,337,400,000, a staggering 65% of humanity! All this in the teeth of the assertion, endlessly repeated, that nonviolence doesn’t work in the ‘real’ world.” — Walter Wink

Today, and every day, the choice is ours to learn one more thing about peace, to lead by example, to build a culture of peace with small acts of compassion, and to remember that those who died on September 11, 2001, tore the fabric of our thinking — all of humanity’s thinking — about the meaning of war and the power of ordinary people to change the course of history. There is no super-power nation, no military force, greater than the supra-power of the passions of ordinary people, the people who run towards danger to help rescue others, the people who put their bodies in the streets, in front of tanks, in front of trains and bulldozers, to stop the weaponry from moving. We are all connected viscerally to the stories of heroes and sheroes, and they live inside of us. We are one body. No matter what we do today, it affects everyone. The only question worth asking today is how close do we want to live to our values? 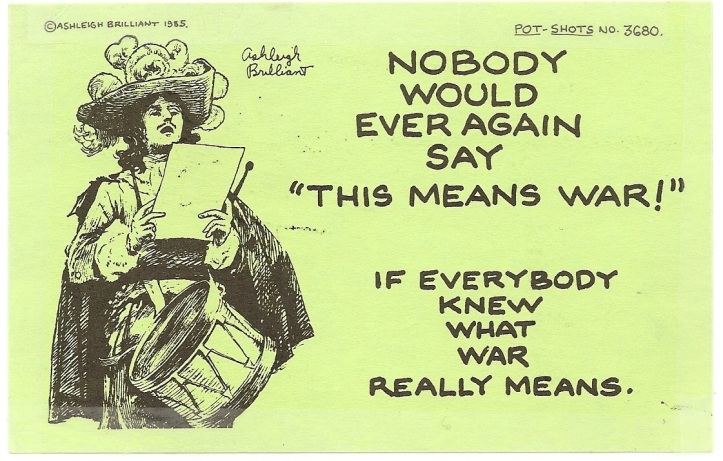